Early on the morning (5am) of March 31st 2022, a vehicle struck our fire hydrant at NE 178th St. and Ballinger Way, completely shearing it away from the watermain and instantaneously creating a high-volume water flow of approximately 5,000 gallons per minute and putting several homes at risk of flooding.

Our telemetry system showed the impact occurring at 5:12 am and the valve being shut at 5:28 am. 16 minutes! That is a terrific response time. Our thanks to the E157 crew: Lt. Tim Schwartz and Firefighters Russ Holmes and Kent Park for their appropriate response.

Thanks also to the City of Lake Forest Park Police Department for securing the scene and contacting us about what had occurred. We also really appreciated the City of Lake Forest Park Public Works Department for sending out their street sweeper first thing in the morning to make a pass on NE 178th St, cleaning up the debris that had washed over the road.

The high flow through our water mains did stir up some iron oxides that had settled in the pipes, discoloring the water for some of our customers. We appreciate their patience as we flushed the lines to clear up the water later that morning. 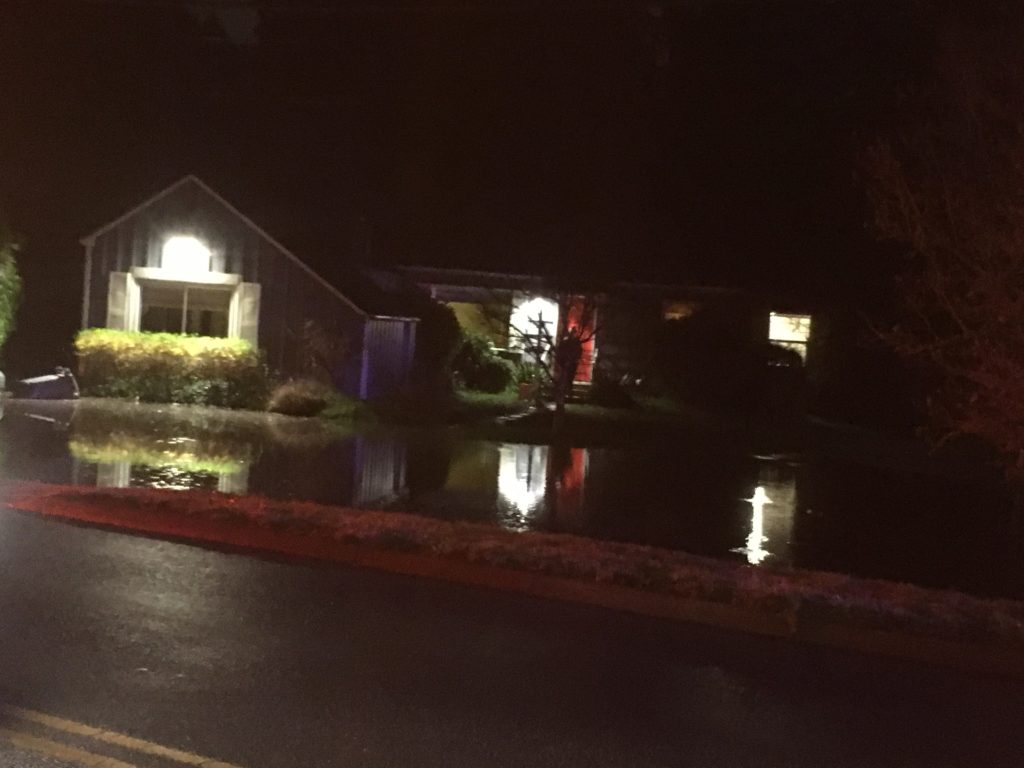